Beyond the Label of “Mental Illness:” The Polarized Mind 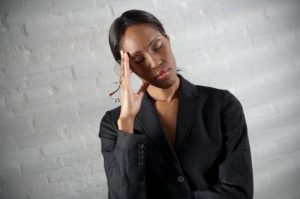 There was another mass shooting recently. This one was at a school in Newtown, Connecticut.  Just a week earlier there had been a similar mass shooting at a political rally in Canada, and another, just six weeks earlier at a movie theater in Colorado.  I heard a reporter on the radio say that the shooter in Newtown was “mentally ill” as is “so often the case with these madmen.”  My guess is that this conclusion was echoed on a thousand other stations in a thousand other markets across the globe.

The problem I have with these glib assessments–so in vogue today– is that they almost totally overlook both the source and scope of human destructiveness. There are many puzzlements about this term “mentally ill,” just as there are many perplexities about the phrases “lone gunman,” “deranged killer,” and “evil-doer.” To be sure, mass killings such as those described above have been increasing of late, and with mounting ferocity.  But is it really so accurate to reduce such episodes to the product of a chemically imbalanced mind, or a missed (20 minute) psychiatric appointment, or the expanded availability of guns?

The fact is that mass destructiveness is a world problem and not just confined to the lives of a desperate few.  The increase of killing sprees, the availability of guns, the chemical imbalance of brains, and the rampant use—as well as abuse—of medications are but symptoms of a much wider problem that is rarely, if ever, addressed in media outlets, and that is the problem of psychological polarization. Psychological polarization is the elevation of one point of view to the utter exclusion of competing points of view and it pervades our criminal population, our religious and business communities, and our governmental and military establishments.  Who is more polarized—the lone gunman terrorizing a shopping mall, or the celebrated statesman recklessly contriving a war?  Who is more excessive, the angry, alienated postal worker, or the egregiously inflated banker who compromises billions of his investors’ assets? Who is more crazed, the addict roaming the streets for her next fix, or the industry tycoon polluting and dissembling at will?  I have yet to find a neuroscientist, psychiatrist, or psychologist who can differentially diagnose these populations—or a drug that will assuage these diversified ails.

Yet what I have discovered is that these and many more maladies of the human condition are linked by a common and overlooked problem. This problem has been with us since the dawn of civilization, and it impacts every level of our relations with the world.  It is the problem of the sense of insignificance (often associated with trauma), which leads to polarization, which too often leads to destructiveness.

In The Polarized Mind: Why It’s Killing Us and What We Can Do About It (University Professors Press, 2013), I detail the nature of the insignificance problem, the history of its consequences, and the imperative alternatives available to redress it. While The Polarized Mind is not a utopian manifesto and does not make claims of ultimate resolution, it does however offer my vantage point as a depth psychologist.  In this role, I have tended to many polarized lives, including my own, and witnessed remarkable transformation.

This, then, is my offering:  a depth approach for the understanding of broken lives, and a new spirit, drawn from ancient roots, to help lives heal.

More information on The Polarized Mind is available at kirkjschneider.com

I agree with polarization of the mind. Ever since the political establishments of religions, men have found ways to polarize minds using fear. Today the fear aspect is used commercial to sell products and objects, as well as ideas – such as polarization of the mind. It has presented to us that we need to be part of a group and belong somewhere (we’re already part of a group – humans. The idea breeds contempt for everyone and is a proven business model. I’m always amazed how easy someone buys into a new or old idea, then I remember we’re all suffering from loneliness born out of our sentient nature.

I’m so glad I found this fountain of truly believable information regarding the mind’s capacity for destructive thoughts. Thank you for your enlightenment in helping me to understand the human psyche.

Peace on Earth Begins with Peace of Heart
December 22, 2010
The phrase is emblazoned on holiday cards, ornaments and light displays: Peace On Earth. It is a noble wish, to… 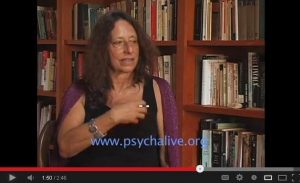 Cultural Stereotypes of Men and Women
April 11, 2013
align=”left” Carol Gilligan: So you know, these descriptions of  boys as being not in relationship, or not emotional, I mean,…