A New Slant on Vulnerability: Courage Not Conformity 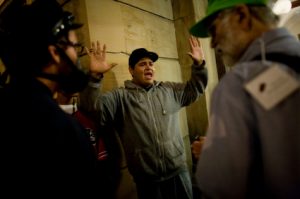 This blog contains excerpts from an interview with Dr. Robert Firestone by Fred Branfman, political activist and author of Voices from the Plain of Jars.

Fred Branfman: When most people think of the word “courage,” they think of people who fight wars, jump out of airplanes, do cross-country skiing, extreme sports. What do you mean by the term “courage?”

Being a nonconformist—not defiant or rebellious—requires unusual courage and dedication, because we tend to feel considerable guilt and fear when we break with tradition. It increases our feelings of aloneness and isolation. We are also faced with the threat of retaliation from others, because the views we stand for are different from those of the majority and may arouse their existential anxiety.

FB: An archetypal example of courage in our society is the cowboy who rides into town and protects it from outlaws, risking his life.

RF: I’m not discounting that. Taking action, going against the fear and yet taking appropriate action, is courageous. I’m impressed with people who fight for their belief systems, and will fight against tyranny. I see that as courage.

FB: It’s interesting because what you have been describing in relation to vulnerability is another kind of courage—the courage to feel painful feelings. To be able to cry…

FB: Yet often the people who seem to have the courage to risk their lives are not vulnerable personally…

RF: There are different aspects to courage. A person can be courageous in one area but not in another. The true courage is to value your life and still fight for what’s right.

FB: I was thinking one of the problems American society has in this area, for example, the last time I can remember a political leader crying in public was Ed Muskie. And as a result of his crying, he had to drop out of the Presidential race. It almost seems like our leaders are forced to project invulnerability, the image that they have all the answers…

RF: There are times to cry and times to not cry, appropriately. I think a combination of those traits is important. I think it’s very important to not react in terms of feeling at various times in life, in coping with certain kinds of situations. It’s a balance of being emotional about the appropriate emotional issues, and finding rational, practical solutions to life. You’re allowing yourself to feel freely but, on an action level, you’re concerned with reality issues and your values. So it’s very important to balance emotionality with rationality.

FB: Could you talk a little bit about why people might want to think about the case for being more vulnerable, being willing to tolerate more pain in their life. Why is that a desirable state for people?

RF: Partly because you can’t suppress parts of yourself without hurting or damaging other parts. What we’re talking about in being “vulnerable” is being alive to your life; being fully emotionally responsive in regard to what’s happening—that’s living your life. Whereas in blocking out your feelings, you’re limiting your aliveness, you’re deadening yourself. In remaining defended, you’re restricting your life in countless ways in order to avoid the full emotional experience of living, which includes both ups and downs.

I’ve also found that, in general, people who remain vulnerable and open to experiencing painful emotions are more willing to take appropriate risks in life and are more humane toward others. In being vulnerable, they are also better able to face death straight forwardly without becoming delusional or creating solutions to reduce or deny existential realities. As Robert J. Lifton put it, “To live with ambiguity is to accept vulnerability.” A person can face life with all of their feelings at the moment—anger, fear, pain, sadness—and not become cynical or despairing. Vulnerability means having the courage to live and cope with life, all the while maintaining the full potential of being human.

Videos
Select from PsychAlive's featured playlists or browse videos below.

Just Be Kind: The Only Relationship Advice You’ll Ever Need
You may already be rolling your eyes at the vast oversimplification of this title… and if you were to go… 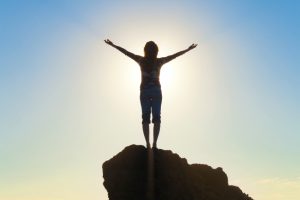 Give Yourself a Retreat: The Gift that Keeps on Giving
December 21, 2010
As any of you still shopping for that perfect present for that certain someone knows, this time of year is…