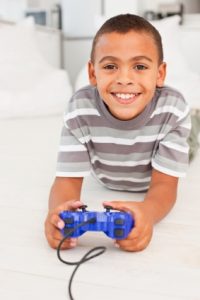 The next time you worry about your child spending his or her time playing mindless video games, think again.  Daphne Bavelier, professor of brain and cognitive sciences at the University of Rochester, asserts that, “action video games are far from mindless.”  She has conducted more than 20 studies on the effects of video gaming on young people and their developing brains.  Among other findings, her studies show that video gamers perform better than non-gamers on certain tests of attention, speed, accuracy, vision and multitasking.

Jay Pratt, brain researcher and professor of psychology at the University of Toronto has come up with information that throws a further positive light on this much maligned popular pastime.  He has found that in certain areas of spatial cognition where men routinely out-score women, after training on action video games, the gender difference for women all but disappeared.

Neuroscientist Lauren Sergio, of York University in Toronto, has found that gamers brains are likened in function to musician’s brains.  “If you look at professional piano players, professional musicians, you see this phenomena where they don’t activate as much of their brain to do very complicated things with their hands that the rest of us need to do. And we found that the gamers did this as well.”

So in considering the well-being of your children, while moderation is still key, and the violent nature of some of these action video games should be monitored, you can rest more easily knowing that while it may seem that your child or teen gamer is “zoning out,” they are actually zoning in on some clinically proven mental gains…..Mozart anyone?

To read more thoroughly about these research findings, click here.

Is it the grouch monster?

Psychalive - Psychology for Everyday Life
The Latest Denial: The Danger in Rejecting Reality “Denial was a weapon; it killed truth, numbed the mind, and I… 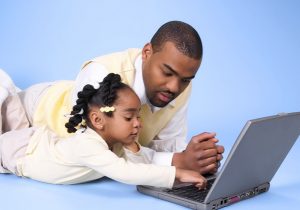 Your Role in Your Child’s Development
November 30, 2009
In the ideal family, the basic respect that is extended to adults is also extended to children. Each child is… 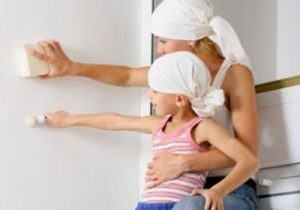 Role Models
June 23, 2009
“Example is not the main thing, it is the only thing.” Albert Schwitzer The most powerful influence that parents can…

Why the Women’s March Felt SO Good: A Neurochemical Perspective
February 7, 2017
Before Reading Note: I ask you to read this article with an open mind. The neurochemical reactions described here apply…