A Cognitive-Behavioral Approach on Aggression: An Interview with Donald Meichenbaum 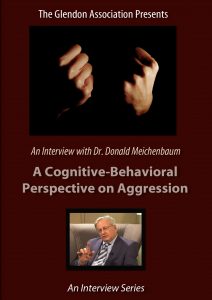 Donald Meichenbaum, Ph.D., is a clinical psychologist and Distinguished Professor Emeritus at the University of Waterloo, Ontario, Canada. He is a founder of Cognitive Behavioral Modification and an expert in the treatment of PTSD, having treated individuals of all ages for traumas suffered from war, violence, abuse, accidents, and illness. He is also the Research Director of the Melissa Institute for violence prevention. In a survey by the American Psychologist, Dr. Meichenbaum was voted one of the ten most influential psychotherapists of the century by North American clinicians. Additionally, Dr. Meichenbaum has authored numerous books that have received much critical acclaim in his field, including Cognitive Behavior Modification: An Integrative Approach.

In this DVD, Dr. Donald Meichenbaum discusses violence and aggression, from origin to treatment. Dr. Meichenbaum draws upon his wealth of experience to articulate both how violent individuals are created and the thoughts that drive violent behavior. Dr. Meichenbaum advocates effective interventions with violence and explains the importance of Stress-Inoculation Training, which he describes as the “best evidence based intervention in working with angry and aggressive individuals.” He also defines key gender differences in aggression. “So our mission,” says Dr. Meichenbaum, “is not only to develop effective treatment programs for people who are angry and aggressive, the question is are we committed as a society to do that which we know to prevent violence in the first place?  I think this film will go a long way in educating people to make that kind of passionate commitment.”