Is Sexual Stereotyping Affecting Your Relationship? 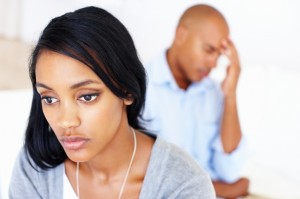 Sexual stereotypes are everywhere. We see them in commercials, where happy moms dance around their homes in celebration of a functional mop. We see them in movies, where stoic male heroes are still rescuing clueless heroines. We see them on sitcoms, where single women dream of getting their boyfriends to settle down, and lazy husbands just want to watch sports.

It’s true that in recent years we’ve made advances to establish equality between the sexes. Society is reflecting fewer attitudes that support discrimination and inequality between men and women, and most of us espouse a point of view that is liberated from old sexual prejudices that once bordered on racial bigotry. However, even though we are liberated in our beliefs and attitudes, many of our actions are still influenced by misconceptions about men and women that have been passed down through generations. In spite of their stated values, a surprising number of couples relate to each other based on stereotypical views of the sexes.

It’s easy for us to observe the ways the media is guilty of exploiting the differences between men and women and of exaggerating stereotypes to sell products. Yet, it’s considerably harder for us to identify the way our own preconceptions about gender are impacting our interpersonal relationships.

Many of us learn prejudicial attitudes at an early age from observing the stereotypical roles that people in our families assume. As we progress through school, these attitudes are reinforced by our classmates and peers. They are also supported by the unspoken biases of our teachers and by the arrangement of educational programs. Sadly, many men and women buy into the stereotypic views of themselves. As a result they are not only the victims of these prejudices but they are co-conspirators in perpetuating the very attitudes that are destructive to them and limit them in their lives and their relationships. In many small and not-so-small ways, people bring these distortions into their relationships.

For example, a woman described how she’d always thought of her husband as strong, solid, and unemotional. At times, she felt this observation to be a source of security. Other times, she felt critical toward her husband, perceiving him as cold or uncaring. Then, one day, her husband got sick and needed to be taken care of. In this state, he became more expressive of his emotions. The woman found herself feeling a mixed sense of relief at his openness and anger at his perceived “weakness.” This contradiction of her reactions made her aware of how the stereotype she had of men had affected the way she related to her husband. Her attitude fit with her husband’s own belief that men aren’t supposed to show emotion. By acting out old attitudes and false beliefs they’d been taught early in life, neither the husband nor his wife were allowing each other to fully be themselves.

Sexual stereotypes confuse people’s thinking about the differences between men and women. These timeworn attitudes overstate the qualities that distinguish men and women, and place the two sexes in artificial categories. Typical stereotypes of men involve them being tough, powerful, unfeeling, insensitive, and logical. Personally, they are afraid to commit or form an attachment and are driven by sexuality. Professionally, they are career-driven and capable. Typical stereotypes of women involve them being helpless, emotional, sensitive, unstable, and irrational. Personally, women can easily form deep emotional attachments and are less interested in sex. Professionally, they are less interested in their careers and more driven toward marriage and motherhood. These traits may seem black and white or exaggerated, but to varying degrees, a surprising number of people buy into their validity. Too often, men and women conduct their lives to preserve these illusions. He must be the best all of the time. He cannot falter, be fearful or insecure. She must be submissive and passive. She cannot be powerful, self-sufficient, or independent. At times, men and women manipulate each other in order to preserve these illusions.

When we look at some of the ways society depicts men and women, we can see that these depictions actually pit men and women against each other. This problem is exacerbated by the fact that people are often criticized or ridiculed for not complying with these stereotypes. For example, men who openly express affection may be teased for being “soft, sappy, or whipped.” Women who seek power have been called “ruthless or bulldozers.”

Destructive dynamics start to play out when people accommodate to unfair gender roles. A man may develop vanity as a means to maintain superiority or demand an unrealistic build up from his partner. A woman may develop a victimized approach to life in order to illustrate her powerlessness. Rather than assert herself to achieve her goals, she manipulates her mate with indirect maneuvers such as weakness, helplessness, and emotionality. Men and women are betraying themselves when they adopt these defensive approaches in their relationship. The more a man relies on the build-up of vanity, the more he rejects the part of himself that is sensitive and vulnerable. The more a woman relies on indirect manipulations to achieve her goals, the more she rejects the part of herself that is strong and powerful. As the split within a person becomes greater, the more alienated he or she becomes from their true self. By really tossing aside these old gender roles, expectations, and stereotypes, the freer we become, and the more we allow ourselves and our partners be who we really are.

Sexual stereotypes and their distortions of the sexes are divisive, and they interfere with our being intimate and loving in our close relationships. The social pressure exerted by these attitudes is as damaging to couple relationships as racial prejudice is to relations between people of different ethnic backgrounds. In truth, men and women are more alike than they are different. Both men and women have essentially the same desires in life and seek the same sort of satisfactions with each other. Both want sex, love, affection, success, dignity and self-fulfillment. They want to be acknowledged first as unique individuals, then as men and women.

Hi! May I know when did you post this information? Thank you. 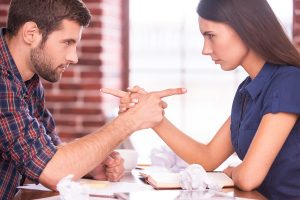 How to Stop Fighting and Feel Close Again
January 26, 2018
Why is it that we fight the most with those we love the most? Is it just because we’re two… 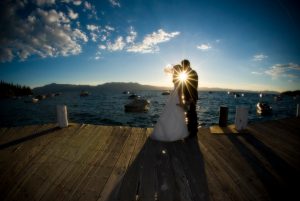 Are You Sacrificing a Perfect Relationship for a Perfect Wedding?
April 26, 2013
The peak season for “I do’s” is upon us, and if you’re among the excited couples about to walk down…

Why We Should Stop Treating Love Like a “Pie”
July 22, 2021
I recently read a famous short story by Amy Bloom about an adult woman at her mother’s funeral. The woman…