Video: Dr. John Norcross on the methodology of Psychotherapy – Relationships that Work.

JN:   So, in that second part of Psychotherapy – Relationships that Work, we look at decades, now, of compelling research on how to tailor or personalize therapy to the individual client.  And guess what?  We find the old motto, “different strokes for different folks” – it actually works.  But we can go further than saying, “It’s a motto.  It’s a virtue.”  We now have evidence based means to say a client presents like this, you’d do better to do like that.

LF: Which adaptations did you find actually were more helpful?

JN: Over 200 potential client matches have been advanced one time or the other in the professional literature.  We boiled it down to eight that had the best probability, then commissioned original meta analyses to see if it really did work.  And, six really make a decided impact.  Without making it sound too simplistic, it’s, if the patient comes with this, then you as a therapist are much better doing that.

So, here are some examples.  Stages of Change, as we’ve already discussed, if someone comes in in Contemplation or Preparation, better to do one thing than the other.  Patient preferences – it turns out that if you accede to the patient’s initial preferences – for the type of therapist, the length of therapy, the type of treatment – medication vs. psychotherapy – you reduce dropouts by a third.  Imagine that.  Just by starting with where the patient is.  Cultural adaptations work.  It’s no longer just a political value.  It is an established fact that tailoring treatment to the client’s culture works.   Reactance level is a great marker for how directive one should be.

LF: How does that work exactly?  Can you explain that one?

JN:  Sure.  So, reactance level isn’t quite resistance, but it’s similar.  Because resistance is a state, you know, depending upon where we are, someone can prompt some resistance. But reactance is an enduring personality trait that varies from low to high.  On the low side, pathologically, you can see it as dependence.  Get along, go along, low reactance, quite agreeable.  On the high side are the f/u, don’t tell me what to do type.

So reactance is a personality trait that concerns our response to being told what to do.  How oppositional we are.  Over here, there are folks that are habitually compliant.  Over here, those that are usually defiant.  Once you know your client’s reactance level, then you know how directive to be to help therapy move along.

So for people on the lower end, the low reactance, the more go along, therapists can be more directive.  Lots of research shows you’ll have better outcomes, patients will get where they need to go by (the therapist) being more directive, offering more active guidance.  But as you and I know from experience, that same directive style is going to backfire with a high reactance.  There, the therapist will lead by following, emphasizing the client’s self-control capacities, being less directive.

So, to the age-old question of, “How directive are you?” It depends.  It depends on the client’s reactance level.  And that’s been proved, I would say, quite compellingly by a series of studies by Larry Buetler, now several people, be it elderly adults and youth.

LF: One of the things you talk about is coping style.  Knowing that client’s coping style has a lot to do with planning treatment as well.

JN: You bet.  And that’s a treatment adaptation that also works.  As every clinician knows, there are these stable ways of dealing with new and problematic situations.   So, again, on that normal distribution, there are some people who are more internalizers, or intra-punitive, or very self-critical.  So, the prototype here would be, for example, a very self-critical, internalizing adolescent woman, who might be quite depressed and anxious.  On the other side of the coping spectrum are the externalizers, the extra-punitive, the acting out.  Again, the prototype that most people think about is a 12 year old, aggressive, ADHD boy.  Well, we’ve known about this, we have all kinds of names for them:  introverted, extraverted.  Been studied, for what, about 50 years in the personality and pathology research.

Fortunately, now we know that that can inform what sort of psychotherapy tends to work better.  For the internalizers, it’s more interpersonal and awareness therapies.  That’s the best match for the coping style.  For the externalizers, it tends to be more skill building, action-oriented therapies.  So, when I’m asked which works better, again, we can say, “Well, which therapy works better may depend upon the patient’s coping style. Different strokes for different folks.”  But, as I said earlier, it’s no longer a clinical motto. It is now evidence-based practices.  These make big differences, when we can match early on in the treatment process.

JN: We now also know, through these series of meta-analyses, that certain therapies work better during certain Stages of Change.  So, for Contemplation and Preparation, it is the classical awareness and insight oriented therapies – psychodynamic therapy, existential therapy, the experiential therapies, that just makes sense and most clinicians say, “Well, of course.  You’re getting to know them, themselves, their motivations, their ambivalence.  That’s what that stuff does.”  But then once you’re into Action and Maintenance, then we want to move into a different set of therapies, the so-called behavioral, action-oriented therapies.

So, as we’ve discussed earlier, the Stages of Change are one of those prime treatment adaptations.  Once you know the stage, then you know what works best to help the patient move to the next.  So, different theoretical systems are not contradictory, they’re complementary, once they’re embedded in the Stages of Change.

LF: That’s why you need to be integrative …

JN: Integrative, or, at least a hybrid therapist, a psychodynamic-cognitive, an interpersonal-solution focus.  Something that’ll help people throughout the Stages of Change.

JN: Yes.  So, the criticism that integration will require us to know everything, in my mind, is really quite bogus.  What we really need is a skill set, treatment methods and relationship styles for people in the early stages, and then one in the later stages.  So it’s really one from column A, one from column B.  We don’t need to be masters of 400+ psychotherapy systems.  For training purposes, for relationship styles, it really comes down to those two.

Video: Dr. John Norcross on the methodology of Psychotherapy – Relationships that Work.
Dr. 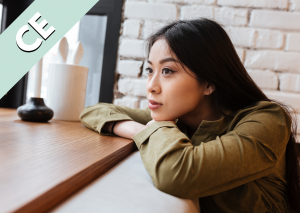 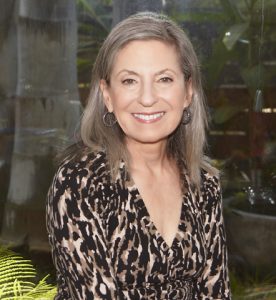