Social, Political, and Economic Issues in Violence: An Interview with James Gilligan 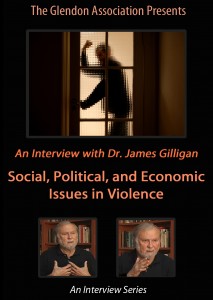 James Gilligan, M.D., is a Clinical Professor of Psychiatry in the School of Medicine and Adjunct Professor in the School of Law at New York University. He is a former president of the International Association for Forensic Psychotherapy. An expert in the field of violence, he has published several books including Violence: Reflections on a National Epidemic, Preventing Violence: Prospects for Tomorrow, and Why Some Politicians Are More Dangerous Than Others. As a faculty member of the Harvard Medical School for many years, he headed the Institute of Law and Psychiatry and directed mental health services for the Massachusetts prisons and prison mental hospital. Dr. Gilligan also served as an expert witness in  the Supreme Court  case of  Plata V. Brown.

In this DVD, Dr. James Gillian addresses the magnitude of the problem of violence, emphasizing  that  “in the United States, there are more years of life lost due to the various forms of violence than there are to cancer and heart disease combined.” He discusses social, political and economic issues related to violence, including societal values and homophobia, as well as how violence relates to different demographics, such as adolescents and women. He also gives a brief history of our modern prison system and prison alternatives.  Finally, Dr. Gilligan discusses the punishment model that is often used to treat violence and argues that revenge is not an effective treatment.