Differentiation, Self Development By Maureen Sullivan 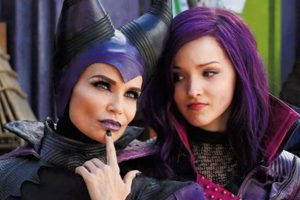 “I think I want to be good.”  A warm tear rolls down my cheek.  My ten-year-old and I are watching the climactic scene of Descendants, a new movie from Disney Channel.  The girl uttering this revelation is Mal, daughter of Maleficent.  She is speaking to the boy who loves her.

In this lighthearted movie, which is like a hybrid of High School Musical and Ever After High, four offspring of legendary bad guys (and gals) are given a chance to leave the island where they, their parents, and all villains have been sequestered.  The good King Ben of Auredon (a teen himself) believes the children of villains deserve a chance to make their own choices in life, so he invites Mal and her three friends to integrate at Auradon High School.  These “evil” teens strongly identify with their parents and want to please them.  With intense pressure from their self-serving role models, the four kids accept their duty:  They will lie, spy and use the opportunity given them to steal power back for their greedy parents.

Fun musical numbers ensue.  The kids meet new friends, learn new things, and experience new feelings.  Their eyes are opened. Now, in the final scene, Mal has made the most shocking admission.  She wants to be good.  Ben smiles, “You ARE good.”  She screams, “But how do you know that?” Mal is out on a limb.  She wants to be good, but wonders if she is really “rotten to the core,” like her mother.  Why do I relate to her?

Of course I am not the daughter of an evil witch.  My mom is a nice person.  She loves to garden and is a great cook.  She has a good sense of humor and gives thoughtful gifts. I have inherited many of her positive qualities, like creativity and gracefulness.  However, her influence on me does not end with those good qualities.  My mom had painful experiences early in life, and the ways she adapted to those experiences has a strong effect on me too.

According to many experts, I, like other women, through a psychological adaptation to anxiety, am strongly prone to adopting and expressing the dysfunctional elements of my mother’s style of relating to life.

As cited by Dr. Lisa Firestone in the blog “Breaking the Fantasy Bond with our Mothers,” Nancy Friday, the author of My Mother/My Self, describes the dilemma that women face as they progress toward their goals in life.  Friday posits that with each milestone of independence, a woman will unconsciously experience separation anxiety from the internal bond with her mother (2015). The anxiety drives a woman to try and merge her identity with her mother’s.  Even if hers was not a great mother, the subtle fusing with her identity will feel familiar and safe.

If this is true, it means that as I attain the things I want in life, such as creative achievements or milestones in my romantic relationship, I am going to feel afraid.  I may not be conscious of the fear, but before I know it, I’ll make a psychological shift toward identification with my internalized mother, good qualities and maladaptive ones included.

Okay, let me get this straight.  My actual mother can be out of my thoughts, minding her own business in Minnesota, while her proxy, the one invented in my psyche to alleviate anxiety and based on my experience of her fifty years ago, can be running my life in California right now?  Yikes!

This inner mother seeking was designed to allay my fear but, sadly, it will pull me away from the outer, tangible things I so very much want.

In the book The Self Under Siege, the authors write extensively about this mother-daughter dilemma.  They include the following passage from the book Fear of Intimacy, about a woman’s conflict as she matures: “On the one hand, she is strongly motivated to seek independence, express her love and sexual desire in a close relationship, and to have her own children; on the other hand, she is compelled to hold back this natural evolution in order to maintain the maternal connection” (Firestone, Firestone & Catlett, 2012).

I think, for me, identification with my internal mother brings independence and industriousness, but also a feeling of isolation and an attitude of dissatisfaction and criticism.  My mom was not happy with her marriage.  I hear myself thinking things about my partner that my mother said out loud about my dad.

These critical thoughts and feelings have been with me since youth.  I remember the first time I made dinner for a boyfriend.  As I got ready to serve the meal, and he sat passively waiting, I felt a seething annoyance come over me.  I resented waiting on him.  I was only 19, but the weighty bitterness inside was like that of a long-suffering wife.

The critical point of view is so automatic that it can feel legitimate.  Surprisingly, it really kicks in when things are extraordinarily good.  I have noticed that following exquisite feelings of being close, a hypercritical viewpoint comes rushing in to my mind within hours or sometimes minutes.  My partner is over the moon when I let him shower me with love and affection, and yet sometimes I push away without understanding why I’m doing it.

I relate to Mal because I, too, have a gem of a man who sees me as good and loveable.  Mal wonders if she is evil deep down, and I wonder if my cold, critical feelings are the real me.  The tears I experience while watching Mal struggle tell me there is more to who I am.

The fact is I have power to choose who I want to be.   I can differentiate.

Men and women alike, all human beings carry, to varying degrees, some alien, critical attitudes toward themselves (Firestone et al., 2012).  Differentiation is about separating from the roles and viewpoints I adopted from other people, and establishing who I am, what I like, and what I want based on what really lights me up in life. This doesn’t mean I have to cut off from the members of my original family.  On the contrary, differentiating makes me more available to relate to them in a healthy way.  Dr. Murray Bowen, the founder of Family Systems Theory, was a pioneer in the study of differentiation.  He and co-author Michael Kerr wrote, “The ability to be in emotional contact with others yet still autonomous in one’s own emotional functioning is the essence of the concept of differentiation.” (Definitions from Bowen Theory).

In the pinnacle moment of Descendants, the four “bad” kids are poised to betray their new friends out of obedience to their parents. Ben intervenes, “Your parents made their choices.  Now you make yours.”

No matter what our backgrounds, we all have the opportunity to choose, today, who we really want to be.  It might not be easy.  We may encounter anxiety and resistance from inside, but we can take actions to reinforce who we want to be, and we can ask the people close to us for their understanding and support.

In the Webinar “The Self Under Siege: A New Model of Differentiation,” Dr. Lisa Firestone discusses the process of differentiation in depth.  She explains that differentiating involves both separating from the negative influences we assimilated in childhood, like critical attitudes that were directed toward us and dysfunctional, defensive behaviors we created to adapt, and also developing the values, beliefs and goals that resonate with who we truly want to be (Glendon, 2012).

The critical voice in my head has been unknowingly passed down through generations and it will probably never completely disappear, but I can ignore it.  More importantly, I can defy it.  I can ACTIVELY invest in and empower the qualities that I want to express and demonstrate.

In the end, Mal makes the clear choice to be good, and she inspires her friends to stand up and differentiate too.   Then we see a super fun dance number in which all the main characters get coupled up.  It’s a classic Hollywood happy ending…but don’t write it off as pure fluff.    Mal says something important:  “I want to be with Ben, because Ben makes me really happy.”

“If you are a woman…perhaps, and this is only perhaps, you have not let love in. The greatest gift you can give the planet is to let your man love you. Yes, let him love you the way he wants. It’s big. But you can take it….”

I choose to let my partner love me, and I choose to empower my goodness, like Mal.   Unlike Maleficent, my mom is glad to see me thrive. She has always applauded my breakthroughs in creating happiness in my life.  She hopes that I will take her good qualities and let all of the rest go. 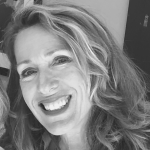 Maureen Sullivan Maureen Sullivan writes for PsychAlive and has been on the staff of The Glendon Association, a nonprofit that promotes mental health education, since 2003. As a creative artist, healing is Maureen’s purpose. In addition to writing, she expresses through acting, dance, videography, music and other visual and performing arts. She has a BA in Creative Writing/Screenwriting from Southern New Hampshire University. You can follow Maureen on Instagram @maurvelouslife 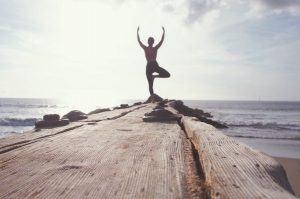 How to Change a Habit for Good: According to Neuroscience
February 24, 2017
Most of us walk around in this world in a trance with the delusional belief that we are only autonomous… 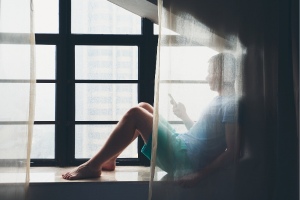 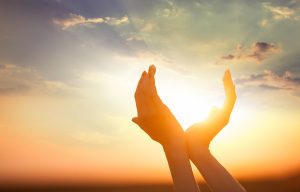 5 Things We Can All Do to Help Stop Suicide
September 14, 2016
This year, taking the subject of suicide out of the shadows feels more urgent than ever. Earlier this year, the…