An Interview with Drs. Carol and James Gilligan 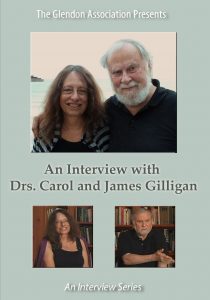 Dr. Carol Gilligan is an American feminist, ethicist, and psychologist best known for her work on ethical relationships and gender studies. She is currently a Professor at New York University and a visiting Professor at the University of Cambridge. Her ground-breaking book, In a Different Voice  (1982) achieved much critical acclaim and has been described by Harvard University Press as “the little book that started a revolution.”

James Gilligan, M.D., is a Clinical Professor of Psychiatry in the School of Medicine and Adjunct Professor in the School of Law at New York University. He is an expert in the field of violence and the former president of the International Association for Forensic Psychotherapy. He has published several books, includingViolence: Reflections on a National Epidemic, Preventing Violence: Prospects for Tomorrow.