Carol Gilligan: That sort of view that feminism is against men it just doesn’t, but from the beginning it never made sense to me.  And so, I was asked recently by a group of young women in a young women leadership conference program at Harvard—do I think of myself as a feminist?  So I said, “Yes, would you like to know how I define feminism?” And so they said, “Yes.”  So I said I thought feminism is one of the great liberation movements in human history, and it is the movement to free democracy from patriarchy.

And I got a bunch of e-mails after that weekend, this was a Harvard group, saying, “The one thing I wrote down from the whole weekend was your definition of feminism.”  But it seems so obvious to me that that’s what feminism is.  I mean, it’s really seeing—and it’s easier for women to speak out against patriarchy because we’re not so ashamed for speaking out as it is.

I think Virginia Wolf wrote about that in “Three Guineas,” actually.  But it’s seeing how in contradiction with democracy patriarchy is, and the costs for both men and women.  So that’s what I think feminism is, and I think it’s an extremely important, you know, historic movement of human liberation.

And so, of course, if that’s what feminism is, movement to free democracy from patriarchy, you’re going to have a kick-back from patriarchy and that makes it—and what is it — the kick back — is that, “feminism is anti-men and real men…” and all of this, and so I think that’s why you have to go back to say wait a minute, that’s not what feminism is.

Lisa Firestone:  Yeah, I think you have to define what patriarchy really is too in a way because I think that people think that patriarchy is just being, you know, men feeling like they’re in charge or you know—

CG:  Well you think of patriarchy, yes the sort of misunderstanding is [that it is] sort of men’s oppression of women, but,    in fact, here’s where the psychological work is key in the developmental work — because it explains why women’s voices are so important in this. Because if men are initiated, boys are initiated, into patriarchy around these gender things which [are] “What is a real man, and how is manhood constructed, and being a man means not being a girl or being a woman and it means being on top,”—that’s patriarchal masculinity, and this happens around four and five and six, and girls are initiated in patriarchal femininity, which means being selfless.

It’s really the most amazing term — being selfless in order to have relationships. But, we just said, if you have no self you’re not in relationships, so it’s, it’s incoherent really.  But since that doesn’t happen until adolescence, girls have more language and so they can speak about this and if you silence girls and women then nobody talks about it.

So all of this, you know, making feminists [seem as though they are] anti-men which it’s truly not, or defining patriarchy not as something that divides everyone, I mean, what does patriarchy mean?  It’s a hierarchy which means a rule of priests in which the Heiros, the priest is a patriarch, a pater, a father.

So it divides fathers.  It divides some men from other men, the men from the boys, like African American men were called boys not real men. And it divides all men from women. And it places fathers over mothers and children.  And in fact, you know, in making those separations it divides everyone from parts of themselves.  So psychologically, patriarchy is always unstable.

On the other hand if you talk about a democratic society it requires that kind of, people having voices and being able to speak from their experience, speak honestly from their experience.  So the psychological quality then feeds into a truly democratic society so then you come back to patriarchy, you think, is contradictory to democracy like slavery is and like imperialism is and I think that’s where we are right now in that struggle for men, for women, for people of color I mean the whole thing.

Like the title of Christina Robb’s book, This Changes Everything, it’s a shift in the paradigm.   It’s not like taking the old paradigm and switching it, so instead of having men on top you have women on top, it’s, that’s the old structure.  It’s changing the structure.

An Eye opener, enriching, teachable, and encouraging article for me in my research and work of women empowerment for my community. 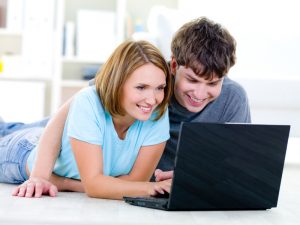 What Every Baby Knows
November 6, 2009
T. Berry Brazelton, M.D. –  Explore the inner workings of your child’s mind in this book by Harvard Professor of… 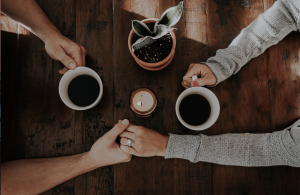 How to Handle Feeling Wronged By Your Partner
February 15, 2022
One of the deepest sources of conflict in a relationship occurs when there’s a breach of trust. When we feel…