VIDEO: Dr. James Garbarino Explains the Disconnect Between Parents’ Intentions and their Behavior

Dr. James Garbarino explains how parents’ intentions and their behavior can differ.

Dr. James Garbarino: Certainly in the Christian tradition, we have this expression, “The road to hell is paved with good intentions.”  I often begin lectures by saying, “You know, one of my favorite slogans is, ‘You can change the world — but unless you know what you’re doing, please don’t.’ ”   That the reality of these unconscious forces is so strong and powerful is one reason why there’s a disconnect between intention and outcome.

I think the second thing is that a lot of people are angry at their parents. And it’s very hard for people to be angry at their own parents — ghosts in the nursery sorts of thing.   They’re haunted by these parental figures and they haven’t had the strength or the resources or the support or the guidance to speak to the ghost.  And so they — it comes out for the child who’s there.  I think those are two reasons.

I think that people don’t have full control over what they do.  So even if their intentions are good, they have bad habits, they have characteristic ways of speaking and coping, they have tremendous capacity for rationalization and defense. I mean, my mother would be horrified to be described as a psychologically abusive parent.  But I think any objective rendering of her parenthood would have to come to that conclusion.  And she’s 86 years old now.

But I have compassion for her because I understand a little bit about her childhood.  It’s almost certain that she was a sexually abused child, that her mother was very sick most of her childhood and her father obviously turned to her as this cute, very pretty, spunky little child.  And times when she has talked about her father, the vacillation between the sort of idealization and rage about him is really startling for an English woman who is not very expressive.  That sometimes comes out.

So I think all those dynamics make it possible for parents to want, at least theoretically, want the best for their children, to have good intentions but not be able to deliver, in part because in real time they’re reacting to things inside themselves and coming from the child and they don’t have the space to process it before they react.  And then, of course, then they have to rationalize what they did and we’re off to the races.

The Key to Raising Independent, Capable Kids
December 31, 2021
Am I being nurturing or neglectful? As parents, it can be challenging to find the line between caring for our… 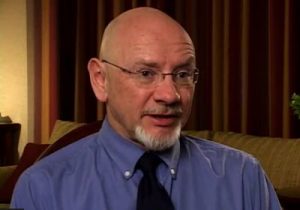 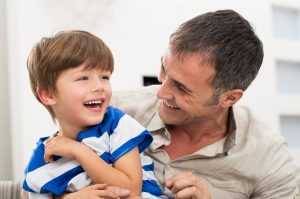 Why It Is So Important For Parents to Validate Their Children
March 13, 2018
Validation is a way of letting someone know we understand him or her.  Being understood is an essential ingredient to…