VIDEO: Dr. Peter Levine on the Treatment of Trauma in Different Cultures

Dr. Peter Levine describes the treatment of trauma in other cultures.

Dr. Peter A. Levine: As you can see, my journey went in many directions from animal behavior to studying some of the ancient yogic and shamanic traditions.  I taught at the Hopi Reservation for a number of years in Second Mesa, I started to see how similar our approaches, in some ways, were. In many ways, of course, they were different. And one of the things that struck me when I was visiting the Kinaki people in Brazil, in the upper part of Minejurise, near the border with Baia, — We had spent three days to get there. It was quite a journey. We were walking in the noonday sun which he warned us against.  He told us to leave about 5 or 4 o’clock in the morning. But anyhow, he must have pitied us and he took us out and gave us some water and put some flutes out and when I first arrived, he said, “Well, what can I do?”  I said, “Well, I don’t know if you know the term ‘trauma,’  or ‘cistus’ which means, in Shamanistic language, ‘fright paralysis.  It’s borrowed from the Spanish and Portuguese word. And he said that he had heard both of the word trauma and of ‘cistus,’ of course, but he said, “Let’s just go out and sit outside under the mango tree.”  And we sat there and we sat there and he was playing the flute and I said, “May I have a flute to play?” and he said, “Well, of course, they’re here for you.”

So we played for a while and in that way we got some kind of a connection, a rhythmic connection between each other.  Another key in working with trauma successfully is re-establishing the capacity for rhythmic perception of our inner states. So he said, “Tell me again why you’re here.” Then — and this is through double translation — I said, “Well I wanted to know how you deal with ‘cistus’  or trauma.”  And he said, “Well, we see it really as not a thing, but as a breakdown in the fabric of the society.”

And he said that when the society is coherent, that the traumatization wasn’t there. But I would add that it would be greatly reduced. And I think that’s one of the weaknesses we have in such an autonomous, individualistic society where, you know, the only way people get to deal with these important experiences are through one-to-one psychotherapy, not through ritual, not through other modalities that have also been used since time immemorial.

VIDEO: Dr. Peter Levine on the Treatment of Trauma in Different Cultures
Watch an excerpt from PsychAlive's exclusive interview with Dr.

Addiction: The Causes of Abuse and Dependence And How to Break the Cycle
February 20, 2020
If a woman, a singing sensation, like Amy Winehouse, surrounded by her manager, family, doctors, and bodyguard could be victim…

Trauma-Informed Care: Recognizing & Treating Toxic Stress: Part 1
May 21, 2018
What is trauma, and why do we need trauma-informed care? When a person feels overwhelmed, threatened and endangered, the mind… 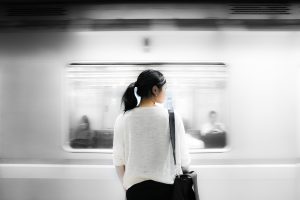