Dr. Peter A. Levine: I was introduced to the field of  trauma in 1979 and a colleague of mine, a psychiatrist, wanted me to see a patient of his and this patient had gone from doctor to doctor with all kinds of horrible symptoms that we would now call fibromyalgia, chronic fatigue, irritable bowel syndrome, severe pre-menstrual syndrome, severe migraines, headaches, and she was desperate.

She went from doctor to doctor without any help, something that unfortunately still does happen, does occur. And so finally she was referred to my colleague the psychiatrist. And he tried to…at that time there was one anti-depressant and one tranquilizer, so he tried those and they made very little difference. So he asked me if I would see her and I said “Sure.”

Well, this woman, called Nancy, she came in with her husband, because in addition to her physical problems, she had severe panic attacks and agoraphobia. She couldn’t go out alone, outside of her house and you could see how uncomfortable they both were, I mean, she was really… her heart was about 120 beats a minute and you could see that he was so tired of being her caretaker.

Well, I had her lay down on the couch there and I started doing some relaxation of her neck muscles, and lo and behold, her heart rate started to go down. It went down to normal range, maybe a little bit lower, and then it immediately shot up again to about 140…and even as I tell you the story, because this is something that happened, how many years ago? You know ‘69, what was that, 40 plus years ago, I still feel that tightening in my chest. So I said probably the stupidest thing you could say. I said, “Nancy, relax. You must relax.”

However, her heart rate started going down and I had a relief, a sigh of relief, but it went down and down and down, below normal, below 70, 60, and even in the 50’s, and she turned pale. And she looked at me, and she said “Doctor, doctor, I’m dying. Don’t let me die. Help me! Help me!” again, now I feel a little bit of twisting in my gut, as well as the tightness of the chest, but I notice that it just moves through, which is an important aspect of the treatment, the approach I developed.

I, without quite knowing why, I saw the image, at the far wall, of a tiger (hence the title of my first book, Waking the Tiger), and I said, “Nancy, there’s a tiger. Run! Climb those rocks and escape.”  To both of our amazement, her body started to shake and tremble and her legs started moving as though they were running. And this went on for 30, 40 minutes, there would be waves of trembling, her hands would turn ice cold and then warm, her body would shake and tremble and she would feel tremendous amounts of tingling and what she described as “energy.”

And as this continued, she would take deep, spontaneous breaths, this is not a breath that you can say “O.K. take a deep breath.” It just came from her whole being, her whole organism. And she became more and more settled. Finally after about 40 minutes, she opened her eyes, looked at me, and she said, “Doctor, do you want me to tell you what happened?”

Well, of course (I thought) I know this method, I’ve taught this, but I said “Yes,please, I would be interested.” She said “I was terrified. I thought I was going to die. I really, really thought I was going to die, but when you told me to see that picture, I became more frightened but when I felt myself running and felt myself climbing the rocks, I felt the most powerful I can ever remember. And when I got to the top, I sat there and I looked down at the tiger and a picture came to me: When I was 4 years old, I had a tonsillectomy with ether,” which at those times was used very, very commonly and very often children were terrorized, completely terrorized and held down so they couldn’t move.

And so here she had been held down, immobilized by the doctors and nurses, and for 20 years, she still remained frozen in that terror state. And when she entered graduate school, she was going for a Ph.D. in physiology at Berkeley, the strain of that and a new relationship, really kind of broke down her ability to adapt and she was overtaken by this anxiety.

But by being able to do what she couldn’t do then, to have an experience which actively opposed, which contradicted her experience of helplessness, of being held down, of not being able to run, physiologically, that this change literally, that was the last panic attack she had.We did several more sessions and her physical symptoms went way, way down, uh and at her five-year follow-up, she had no symptoms at all, she had completed her doctorate and was off to a teaching research post at another university.

Well, obviously, as scientist, I had to investigate this. So I was hooked, you could say, that was trauma grabbing me. And two things, clinically, of course I realized that although the term wasn’t used, because the word trauma really, it was still 12, 13 years before that term would even be in use as PTSD in the DSM diagnostic manual. And so I realized that I could have re-traumatized her, if I hadn’t seen this image… if our timing hadn’t been perfect, you know who knows what would have happened.

How to Stop Sabotaging Yourself Webinar
March 7, 2019
In honor of Mental Health Awareness Month, we invite you to watch this Webinar free of charge. Browse more Webinars… 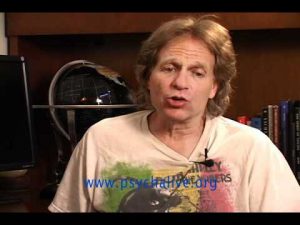 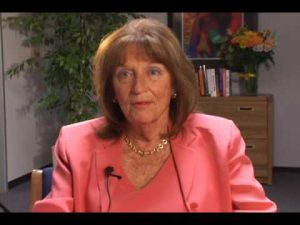 Being a Role Model
November 14, 2009
Child development expert Joyce Catlett discusses how leading our own lives to the fullest positively influences our children.