Dr. Allan Schore: The principle of affective communication goes on throughout the lifespan.  So just as the centrality to be able to communicate one’s internal affective states to another human being is critical for the early evolution of the brain, it’s also found within the therapeutic alliance.  And that means that the ability now to – for the therapist to be able to inter-subjectively resonate and psycho-biologically attune to the internal state of the suicidal patient is going to be critical.

Now this is something other than matching cognitions and it’s something other than, you know, focusing on behavior here.  This is a matter literally of what it is like to know that kind of patient from the inside out.  Which also means in order – and as you are well aware of more and more now a number of therapies are moving towards relational context.

The therapeutic alliance which is, perhaps, the most powerful in the experimental literature, the most powerful factor which goes beyond different schools.  The ability to form an alliance with the patient, now, of emotional communication really is the most critical one, the critical thing to the efficacy of the treatment.  So the question is, how can the therapist now attune to that internal world?

Now remember, in some ways, there are some difficulties in that because that internal world at the same time can be rather chaotic, rather difficult, because of the difficulties in affect regulation, the affects are much sharper, much more intense, much deeper.  And they switch much quicker, etc.  So this ability, more or less, to do this, to be able to attune, is harder.

At the same time, it’s necessary because in order to create the sense of safety and trust, this can only be done through this form of inter-subjective communication.  Which means it’s dyadic, which means it’s two ways, which means that also the therapist is not just an outsider, more or less, you know,  handing down therapeutic techniques as he is part of, in a situation of being with another human being.  Because in some ways, in the suicide, what we’re seeing is that this person’s sense of being is totally disintegrated, so to speak.  And what we need, therefore, is for them to reinforce, so to speak, their own sense of being with another human being.

That being the case, that would also mean, therefore, that the therapist’s own capacity to track these affects – not only the affects on the surface —  Because if there are dissociation in such a heavy emphasis with these patients and they use it even at low levels of stress — that means that in order to work with affects, we also have to work with not only the ones which are conscious and out but the ones which are under the surface.

How do we pick up that beneath what looks like a calm exterior, underneath that, not too far down, so to speak, is complete disorganization and terror, which the person may themselves not be aware of ‘cause they’ve dissociated.  How do we now track, how do we now resonate with these unconscious affects and I want to say again, we’re now seeing this matter of non-conscious emotional communication as coming more to more to the play.  If there was some debate about is the unconscious really exists or not, we’re now looking at unconscious affects and again here, the question would be, “How do we resonate with that kind of situation?”

Now let me go back to that also.  Because of the early relational attachment trauma, the usual developmental milestones are not reached when we’re talking about social/emotional development.  In the first year of life, because of good attachment, the child comes to a sense of trust and the child comes to a sense of safety.  For these individuals that was never attained, and therefore it is difficult at any moment of time for them to actually feel — especially with another human being in whom there is potential contact.  And now I’m talking about deeper contact.  I’m not talking about left hemisphere intellectual understandings.  I’m talking about deeper contacts, so to speak.

Which will allow them to have deeper contact of their own selves.

The matter of safety and trust are critical in these patients. as they are in PTSD,  patients as they are in borderline patients — many of these patients are borderline patients.  So those matters here are essential and really, it’s how one picks up suicidal ideation when it is now explosive and so over the top, anybody can see that.  But how one can see that and feel it and allow the person to feel it within themselves when it is underneath the surface is another problem here.

Let me give you another example of that.  If we’re resonating with someone who goes into hyper-arousal, if we had autonomic measures on that person, their heartbeat maybe as they’re now going into this threat situation and they’re now waving their hands and the face is changing and the body is changing, etc.  Their heart rate may be going up 25 beats a minute.  But in cases of dissociation and hypo-arousal, it drops.  Now we pick up somatic counter-transference when somebody is going into hyper-arousal.  But how do we pick up the somatic counter-transference when somebody literally is falling into the abyss, which, incidentally, is not an unusual term to use clinically with the suicidal patient.

So these matters of affect, of communicating the affect, of ultimately being able to work with the dissociation so that the person is feeling safe enough now to dare them to feel some of this negative affect before they clamp down on it, to allow some of it to arise, to have a felt experience, which, therefore, they can sense as part of the self, etc.  these are critical.  And I think therefore, what we’re looking at, therefore, is ultimately sensitivity, clinical sensitivity in doing this kind of work, especially with extremely sensitive patients.  To be able to pick up the rhythms and the flows at very low levels of dis-regulation, of working there, of being able to make an inter-subjective communication there, safety, etc.

Because ultimately, when that occurs and the person is coming into safe places, then you can start building structure on top of that because in essence, really, the therapy of suicidal patients really is to build structure that was not there in the first place.  I mean, it’s more than a psychological treatment.  It’s to build a right brain structure that can ultimately regulate affects interactively or through auto-regulations.  So what is the context here?  So we’re looking, therefore, at essentially the same concept in the mother/infant dyad and the patient/therapist dyad, a growth facilitating environment that is co-created between the patient and the therapist.  Now, incidentally, if the therapy is about the co-creation, as you can see, then, the therapist is very much a part of it.

Now the other piece I’ll talk about at this point here is that what we’re attempting to do, therefore, is to expand the affect tolerance of the suicidal patient.  Remember, he cannot tolerate pain. As soon as the pain comes, it’s covered over, it’s dissociated.  Anything that is blocked by dissociation cannot be felt, cannot be regulated, etc.  It needs to be felt in low.  So what we’re looking at is the patient, through trust, through these situations, is beginning now, through affectively tolerable doses within the context of the safe therapeutic alliance to allow these affects to come to the surface more and more, which allows for communication and then regulation, etc.

This means that the therapist’s own capacity for affect tolerance, now, is a critical piece here, more so than the clinician’s theoretical orientation, the ability in the counter-transference to be able to detect these affects in ourselves and to hold these affects in ourselves, so to speak, to hold them in the inter subjective field is critical and in some ways the patient can only go as far as the therapist can go in this matter of the affect tolerance here.

And here’s where the analysis clearly of our own counter transference especially in working with these patients.  With the proviso that we are now understanding that as we move from cognition into affect, it’s really the bodily-based somatic counter transference which is giving us the cues about what is deeper within the core.  Because there is, I mean, there is structural problems deep within the core.  These patients, their problems are not in the left.  These are serious problems at the level of the arousal systems, the hypothalamus, etc.,  etc., the motivational systems.

So again, this matter of the affect tolerance of the therapist himself is critical to this kind of work here.  This is more than learning technique, this is learning more or less how to use the self in the treatment with another self who has severe, you know, fractures of that self, of that self system.

The most difficult therapeutic alliance for therapists to engage in is with borderline personality disorders.  Why?  Because the swings and the intensities of the states, the affects are extremely chaotic, they’re extremely difficult to hold on to, etc.  So you have this same thing here about the affect tolerance of the therapist really being a critical piece of this kind of situation. 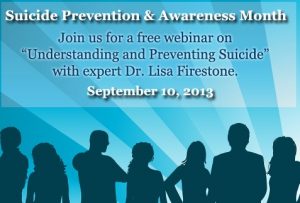 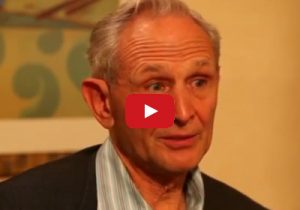 VIDEO: Dr. Peter Levine on the future of the Somatic Experiencing Approach
March 17, 2014
Watch an excerpt from PsychAlive’s exclusive interview with Dr. Peter Levine. Dr. Peter A. Levine talks about how he feels…