A Psychological Perspective on Human Destructiveness 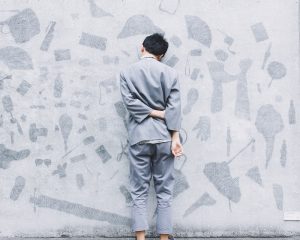 My inspiration for writing this blog springs from a deep feeling for people and a grave concern that without a proper understanding of the reasons for their inhumanity in relation to one another and the development of a compassionate world view, it is likely that human beings will eventually destroy themselves and life on the planet. Despite all of the advances in science and technology, if one takes a close look at the world situation today, one must consider it to be utter madness. Millions go hungry, genocide reaches epic proportions, ethnic strife and prejudice are omnipresent, there is mass killing in the name of religion, and warfare remains a widely-accepted solution to humankind’s differences. With better, more efficient weapons and less reason, technology is outrunning rationality and there can only be dire consequences.

In this blog, I describe the source of unethical, harmful behaviors and how they are manifested in personal relationships between men, women, couples, and families, and in the social arena. Faced with a similar concern regarding antisocial behavior, Sigmund Freud (1925/1959) postulated a death instinct, an innate, destructive side to human nature. Modern theorists have criticized Freud’s death instinct theory for its lack of empirical evidence. I also disagree with Freud’s conclusion and postulate that aggressive manifestations in human beings are primarily a result of frustration and personal torment.

What criteria should be used to distinguish between ethical and unethical actions, particularly when their effects in terms of destructiveness are sometimes subtle, difficult to identify, or successfully hidden? A specific action or communication can be considered ethical when it respects, supports, and nurtures the basic human potentialities of another. For example, at any given moment, personal exchanges can be appraised as being either supporting a person’s ongoing, optimal sense of self and individual development or as critical or undermining it. As such, unethical actions or behaviors cause damage or pain to people or interfere with their development or fulfillment. Although human rights issues within relationships are rarely considered, they are as relevant to a person’s well-being as food, medical care, and shelter.

Most people would say that they strive to behave ethically in their relationships, but many find it difficult to consistently live up to their values and ideals. To realize why individuals unintentionally harm others, it is essential to examine a variety environmental, social, and cultural factors that contribute to people’s propensity to act against their own best interests as well as those of others.

In this blog, I am concerned with the psychological dynamic that immoral and destructive behavior derive primarily from the defensive manner in which people deal with interpersonal and existential pain. There is no way to be personally defended without hurting others, particularly those people closest to us, especially our children. My conclusion reflects a clinical accounting rather than a moralistic condemnation. The issue is both complex and multifaceted.

It is necessary to understand how defenses are formed, where they originate, and why they are endemic. It is logical that, faced with pain and frustration in our developmental years, we form psychological defenses to alleviate our discomfort. Existential issues of aloneness and the awareness of our eventual demise add to our anxieties and further predispose defensive denial of feeling. The tragedy is that the same defenses that enabled us to survive the emotional pain of our childhood are later maladaptive in adulthood, limiting our personal potential for living a full life. Furthermore, they also predispose negative behavior toward others, thereby perpetuating a cycle of destructiveness.

Feeling and compassion are a significant part of our human heritage, but they are diminished by our defensive orientation. We cannot shut down our emotions selectively. In attempting to do so, we necessarily limit our capacity to feel love and joy as well. To the extent that we rely on psychological defenses, we tend to become emotionally deadened and lose spirit. When we are cut off from our feelings, we become desensitized toward ourselves and tend to be more self-destructive, and we are also more likely to act out aggression toward others.

In addition, we tend to become hostile whenever our defended adaptation is threatened. This aggression can be triggered by both positive and negative life events. Because of past wounds, we are often frightened or distrustful when we experience positive recognition or loving responses. We react by withholding positive personality traits, lashing out or distancing ourselves in order to maintain our psychological equilibrium. Sadly, our defenses usually take priority over a genuine regard for the people close to us. Often our friends, our partners, and our children are expendable in the face of our defensive and self-protective attitudes.

Damage to our psyche during our developmental years bends us out of shape and leaves us demoralized. It not only fosters aggressive responses, but also causes us to develop toxic character traits that injure other people’s self-esteem. Character traits such as dishonesty, intrusiveness, superiority, narcissism, tightness, domineering behavior, a martyred or victimized orientation, paranoid or suspicious attitudes, and outright hostility are destructive manifestations that take a toll on others. These could well be regarded as human rights violations in the interpersonal sphere.

Furthermore, individuals respond to the dread of death on a preconscious or unconscious level by adopting defensive ways of living with little or no awareness. In the tradition of Otto Rank (1936/1972) and Ernest Becker (1973/1997), researchers in Terror Management Theory describe the impact of existential dread on individual defense formation and on the culture at large, and support their thesis with experimental evidence (Solomon, Greenberg, & Pyszczynski, 2015).  They elucidate how the manner in which individuals defend themselves collectively becomes imbedded in the conventional social patterns of a given society.

To summarize the dynamics of defense formation, early separation experiences and interpersonal pain lead to the development of self-protective defense mechanisms, and these defenses are reinforced as children gradually become aware of their mortality. Thereafter, people adapt to death anxiety by defensive denial, addictive propensities, and by restricting their lives to varying degrees.

In my forthcoming book The Enemy Within: Separation Theory and Voice Therapy, I address the subject of ethics from a psychological perspective. My efforts are directed toward explaining the source of unethical behavior, making clear its manifestations, and suggesting a treatment modality for coping with negative, acting-out behavior. With understanding and insight people can begin to effectively challenge their defenses and alter destructive behavior.

My hope is that by understanding the dynamics that damage children and lead to psychological defense formation, people can learn to become aware of and alter destructive parent-child interactions. They can become more sensitively attuned to noxious characteristics that injure children’s self esteem and make an effort to change negative modes of relating.

My approach to morality is based on sound mental health principles. For example, in suggesting that people strive to be generous and understanding, I am not simply advising them to act kindly; I am describing how taking positive action can challenge people’s negative attitudes toward self and thereby help them feel better emotionally. Living a life characterized by honesty, generosity, and love for those closest to us, and then extending those feelings outward to others has an optimal effect on our own sense of well-being.

By taking an approach to ethical behavior that is compassionate and humane, rather than moralistic or prescriptive, people can gradually learn to overcome defenses that act as barriers to ethical living. They can develop their own values and principles and seek more positive solutions to life and living. They can cultivate a concern for human rights issues in their personal relationships and learn to value self-fulfillment, freedom, and independence for all people. Actually on a wider scale, living by these ethical principles may well be vital for insuring the survival of humankind. 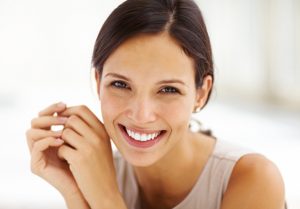 What is a Mentally Healthy Person? An Interview with Robert Firestone, Ph.D.
February 26, 2013
A few weeks ago at Esalen, a retreat center in Big Sur, CA, I co-taught a two-day workshop called “Conquer… 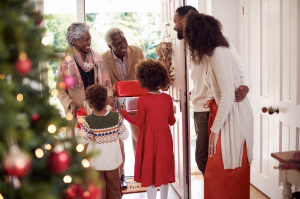 Home (not again) for the Holidays
December 28, 2021
Many people are fresh off gathering with family this holiday season. Getting together with our own unique variety of loved… 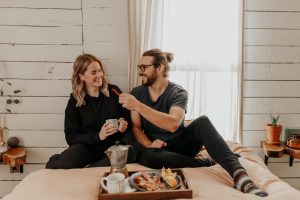 How Your Attachment Pattern Influences Your Life
December 8, 2020
One of the most fascinating things about working in psychology is the chance to explore the invisible forces that shape…