SS: “Philosophical principles that now prevail in our country are literally based on assumptions that are just unambiguously incorrect.”
…Locke said that people vary in ability. He called it industry. He said that different people are more or less industrious. So it’s natural that some people over time are going to have a shit ton more than other people. And that’s not only natural, that’s a good thing. And my point is, is you can see Locke’s ideas today in people who just say, “That’s what it’s about. I’m going to get as much as I can. Don’t take my shit away. I worked for it. If you want it, then you work.” But, you know, two things: One is, is that Locke wasn’t an idiot and he said this is only going to work in a world of infinitely large resources. So he said, you can’t do it in England, so go over to America because it’s empty except for a few savages. Now, of course he had never been there so he didn’t know that that wasn’t quite true.

You know, and the other thing is that his original assumption that in a state of nature, people are independent is wrong. So I find it alarming, frankly, that the philosophical principles that now prevail in our country are literally based on assumptions that are just unambiguously incorrect. You know, if you start with the assumption that we’re fundamentally social creatures who are unable to exist in the absence of mutual support and cooperation, then I would argue that that leads to very different beliefs about the role of government and the disposition of scarce resources. And this in no way implies that everyone should have the same thing. I think that’s just as disastrously problematic as everybody, you know, just in it for yourself. You know, there’s got to be a middle ground. And we know what that is. It’s the social democracies that we loathe. So I love it when you hear on Fox News, “I’ll be god damned if America’s going to be like Europe.” And when I last heard that I was in Holland. This was in the Spring – on our way to Israel. And I’m like, “Well, what is it about Europe that you’re finding so objectionable? Is it that the trains run on time, that everyone speaks three languages, that they live longer than we do and they all know how to read? I’m not exactly sure.” And I don’t see any lack of entrepreneurial chutzpah as it were. So for me I’m kind of pre-occupied with this these days because I’m like, oh, you know, I think of when we talk about fundamental changes in the social order that might foster the kind of psychological benefits that we’ve been espousing.

You know, starting with how we teach our children about their rights as well as their responsibilities as humans. I find it ironic that the shrillest people right now in American politics are the Right – not to dump solely on them. But they are much more keenly assertive of their rights than they are willing to acknowledge their social obligations. You know, why is there no talk of compulsory national service? You know, and I think maybe it’s time, you know, if it were my world, I would insist that Americans actually read these folks, John Locke, Adam Smith, who would, by the way, be much more to the left of Obama. You know, all these people that are championed by the Right these days, you know, when you actually look at them, it’s not what it seems. You know, so here you have Adam Smith saying, “Oh yeah, everyone should just pursue their interest.” So the baker’s not baking bread for you, he’s baking bread for himself. And if everybody does that, we’ll all be better off. Well it’s true that he says that, but he wrote another book called The Theory of Moral Sentiments where he says that we’re also highly social creatures, he called it “sympathy.” Maybe today we’d call it “empathy.” But he said, “Yeah, we’re self interested but we’re also incredibly concerned about not only the welfare of our fellow humans but the way that our fellow humans think about us.”

And his view was that – and he called it “enlightened self-interest.” And I think that term has been mangled by people on the Right. Because his conception of enlightened self-interest was an overt denunciation of kind of a narcissistic preoccupation with personal wealth. He was like, “No. If you were really self-interested, you would want to do well. But you would also want to do well in part to insure that those around you were OK.” So he was never blithely indifferent to the well being of everybody. Moreover, he insisted that there were things that could not be done for profit. So he said that government should not only regulate commerce to prevent the kind of egregious fraud that was responsible for the last collapse. But he said government should be responsible for infrastructure, for public education, for health care. And I’m like, you know, whenever I hear the lunatics from the Tea Party, I’m like, “You should read these guys. You know, the very people that you’re saying you’re taking your cues from would be forceful advocates for the very things that you denounce as socialism.” 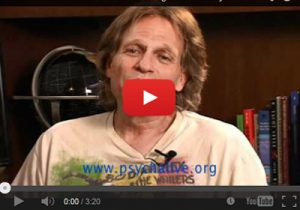 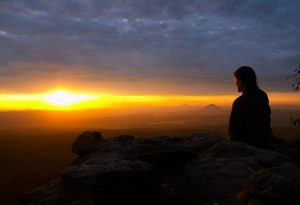 Comforting Those Who Grieve
November 2, 2011
So many people get stuck when it comes to comforting someone who is grieving. They don’t know what to say.…