Dr. Christine Courtois on the Voice and Childhood Trauma: VIDEO

Dr. Christine Courtois talks about the role of the critical inner voice in the inter-generational transmission of childhood trauma.

CC       I have worked my whole career with adult survivors of incest and child sexual abuse or other forms of childhood trauma.  And many of them have very deeply internalized voices and shadows, I guess, of their experiences that really affect them over their whole life.  And I’ve been working with folks who have been suicidal at different points in their lives and it’s very related to what happened to them.  And the first time that I got introduced to Voice Therapy was several years ago. I attended a workshop that you did at the American Psychological Association and I was just really taken by the work of the voice and its significance because I was looking at the intergenerational transmission patterns of, in particular, incest. But all types of child abuse and the voice really, I think, is a patterning that goes from generation to generation.  And you showed it so beautifully of how it can impact someone’s self-esteem, their sense of self, their self-capacities, their self-regulation abilities.  And it really illustrated for me why some people would be suicidal because the messages that they may have gotten, the voice they may have gotten, was, you know, “I didn’t want you to be born.  I wish you would be dead.  I wish you’d off yourself.”  And I think that comes across in many different ways in families that don’t function very well.

I had a patient who was talking about her daughter in extremely disparaging tones and was saying that if the daughter got pregnant, that she could virtually go hang herself and the patient did not recognize that she was saying anything that was abusive.  But clearly, it’s a very abusive and denigrating message that she was giving her daughter about if this were to happen, then, you know, all bets were off.  And we stopped and really talked about that because that message could be so deeply internalized and could be acted out and the mother had no sense of that whatsoever.

This was a mother that was very disregulated herself, had a lot of problems herself and had had some problems in her own childhood, in her own adolescence that she was transferring onto her daughter and in this particular way.  And in a way that was totally unregulated and didn’t see her daughter as differentiated from her.  Just saw her as an extension that, if she were to get pregnant, that would be the kiss of death.

It was very shocking that it was verbalized in that way and that there wasn’t a recognition of how – of what power that verbalization might have. And in fact, she had told her daughter that on many occasions and just skipped that it would have any impact whatsoever.  So we brought that back to her attention to try to do some repair work around that.

But I’ve had many cases where patients will cry and say, “My mother and father said that they wished that they had aborted me or they wish I’d never been born or they wanted to get rid of me some way or this is how they behaved towards me.”  It’s very painful…

LF  And they had  internalized that as a voice…

CC       Yes, they’ve internalized that as a message, a very shaming message, that they need to act out.  And then, on top of that, with that type of negative attachment or insecure-disorganized attachment experience, they have no capacity for self-soothing or self-regulating.  So they’re carrying around this painful affect and message – the voices in their head – and the voice is replaying and there’s no way to reverse it.  And I think that in many ways that the suicidal patients that I’ve seen are acting that out, you know, because it’s so well internalized without a lot to fend it off.  And they’re in very painful affect states.  And I do talk to patients and use that famous phrase of,  “suicide is psych – ache.”  That they’re really hurting and they’re really aching in their psyche.  And it sort of pulls them up short to have somebody empathize with that and somebody to really understand that they’re in a great deal of pain and they don’t know what to do to end the pain except to end it.

And this idea that there is something that gets conveyed inter-generationally from parents who may have heard it from their own parents and that it is just transmitted.  And as you know, some families solve their problems by the different members suiciding. And so it becomes sort of a way to cope, albeit a really — extremely — dysfunctional way to cope.  But the message may be there, that that’s how the family has learned to interact with one another is to be in great disregard or devaluation of each and every one of them.  Which is the opposite of what we would see as secure attachment or mental health in a family.  Rather than being cherished, these children are, you know, pushed away and given messages about their being hated.

In this DVD, Dr. Christine Courtois draws upon her expertise in the field of trauma to discuss a variety of trauma related topics. She begins by talking about her work with survivors of childhood trauma, including the roles of attachment and dissociation. Dr. Courtois discusses the concept of the ‘Critical Inner Voice’ and Voice Therapy. She addresses how families can be a source of trauma, citing that statistically speaking “the most dangerous people to children are their intimates.” Dr. Courtois places an important emphasis on the extent to which individuals often minimize complex trauma, essentially saying of their abuse “Aw, it wasn’t so bad.” She discusses trauma bonding, repetition of trauma, and the treatment of violent individuals. Finally, Dr. Courtois offers some optimal parenting strategies “to promote the child’s self esteem” including building resilience and repairing negative experiences so that the child feels responded to and cared about.

Rudeness and Disrespect: What to Do and How to Manage
June 9, 2021
I often hear aggravation from parents about their child’s “disrespect,” “rudeness,” or “cussing” when describing challenges at home. They retell… 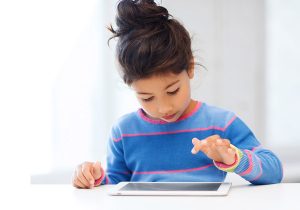 6 Suggestions for Parents in the Digital Age
February 5, 2014
Technology – Taming the Tiger Technology is here to stay. Like a tiger, it is fiercely powerful, agile and needs… 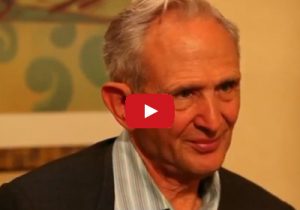