Sheldon Solomon talks about Terror Management Theory as it relates to moral courage.

SS: The term moral courage I got actually from taking my kids to see the movie Little Women, when it was used in reference to the transcendentalists.  And I’ve always found it – I like the term and I didn’t realize because I’m ignorant I didn’t realize it also had philosophical connotations.  But even in Emerson and Thoreau way of thinking about it is just this idea that we are fundamentally moral creatures if for no other reason than we know that we’re here.  My kind of obvious example that works with the students is, you know, “Who’s ever seen like a TV show, Nature Channel or Discovery Channel, you know, when you see a hungry lion devour an antelope?”  And all the kids are, “Oh, yeah, I’ve seen that.”  And I’m like, “Do you ever think the lion goes back and is thinking, ‘Aw man, I shouldn’t have done that.  Bambi’s going to be bitter when her mama’s not there.’ ”  You know and of course, the lions’ not thinking that. The lion’s thinking, “I’ll be back and eat Bambi after I have a nap.”  The point being that issues of right and wrong just do not arise in nature. It is morality as Nietzsche and others point out is a uniquely human affectation that requires a conscience, as it were.  And this gets back to the capacity for guilt and empathy.  If we didn’t really care for other people, we would never feel badly about transgressions.  So, of course, morality does not arise in the sociopaths as it were.  And, you know, so that when we talk about moral courage, you know, we just define it as having a sense of right and wrong.  It’s easy. The courage, of course, is to have the intestinal fortitude to behave in accordance with those standards.

Now the Terror Management/Becker view of morality is that it is a cultural construction superimposed upon an evolutionary foundation.  To be less obtuse and note that if Geoff and Tom and I were all here, we wouldn’t necessarily agree about this one.  I am persuaded by the evolutionary arguments – who’s the guy?  There’s a couple of them.  The Moral Animal, Richard Wright,

Mark Howser,  Johathan Height.  A lot of these people write about morality as an extrapolation of animal behavior in groups where, just, there had to be ways to regulate the activity of unrelated individuals in large groups in order to make cooperation possible.  And so some people say, David Sloan Wilson is amongst them in his musings about religion, Durkheim, The Dead Sociologist, they just said, you know, morality is just the human version of behavioral regulations to make living together in groups possible.  And I think they’re right, to a degree.  Especially with regard to what they call reciprocal altruism.  You know, birds engage in reciprocal altruism. You pick a tic off my head, I’ll pick one off your head.  And the only thing that you need for that to work is memory and to be able to recognize individuals.  And bats do it, fish do it.  But in humans it really helps if there’s a god who will kick your ass if you don’t do the right thing. Because that means that any temptation to transgress is mitigated by the prospect of god in heaven’s knowing and punishing you accordingly. So that would be the evolutionary view of morality and I accept that as part but not everything.  Because above and beyond that, if that were true, then there would probably be very few moral precepts and they would be universal across cultures and we know that that’s not true.  In fact, that’s so not true because anything that you say is good in one culture, I could probably give you another where they’ll kill you if you do exactly the same thing.

So there’s where the Terror Management part come in which is that to a certain extent, moral principles have cultural malleability and are also subject to existential concerns.  And so in all or our experiments, when people are reminded of their mortality, they are more hostile and punitive to moral transgressors and they’re more benevolent and prone to reward people who do the right thing.  And it’s on those grounds that we say that there’s an existential dimension to moral activity.  But what makes me just wary of my own account is that that leaves out the role of the individual, in a sense.  Because I’m also persuaded, you know, Thoreau, in Civil Disobedience talks about why should my moral conduct be solely determined by the precepts of my peers when I was given a conscience of my own, why should I not use it.  And I am persuaded by his injunction that it is irresponsible to in an un-self-reflective way to defer always to group norms.  And that there are times when our own gut feelings ought override culturally constructed imperatives and that historically, at least, that’s when people are at their best.  That’s the only way to explain when so-called ordinary people do extraordinary things.  You know, again, the most obvious one that I can remember is just the Germans and the Dutch that shielded Jewish families, often giving their lives to do so.  And when you ask them why, they just said that I felt this was the right thing to do.  And I guess my point is I think that’s important and I don’t see Terror Management Theory having anything to say about that.  This gets back to what I said earlier. I said theories are important. But it’s ill advised to take them so seriously as to hope that they can explain everything. 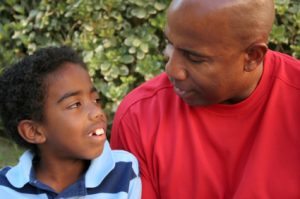 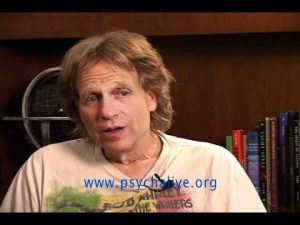 Why Should You Write Memoir?
October 19, 2016
Much of what I will share here is from my forthcoming book, Writing for Bliss: A Seven-Step Plan for Telling…